The Weekend Bible Study - with Ronald L. Dart « »
The Epistle to the Hebrews #8 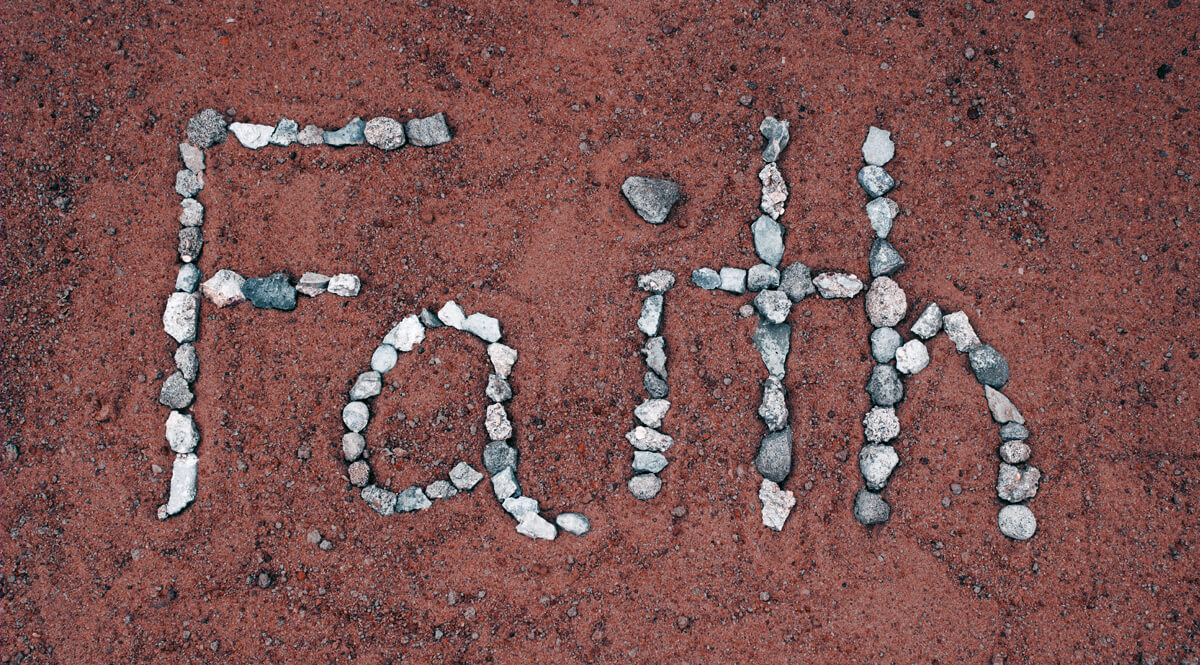 Today we come to that wonderful 11th chapter of Hebrews—the faith chapter. If you review back over what we’ve covered so far, there’s an interesting question that arises: Why does Paul embark on this discussion of faith at this point in this letter—when we consider who he is, who he’s writing to, the motivations that caused him to start the letter in the first place? But it does seem as though chapter 11 is a digression on the theme he raises at the end of chapter 10. Remember?

Now the just shall live by faith: but if any man draw back, my soul shall have no pleasure in him. But we are not of them who draw back unto perdition; but of them that believe to the saving of the soul. Now faith is the substance of things hoped for, the evidence of things not seen.

It does not seem as though Paul wrote most of his letters by hand. He wrote standing up, and had this poor scribe over in the corner trying to keep up as Paul strung his thoughts together. After stating that the just shall live by faith, he moves to address a logical next question: What is faith? Faith is another one of those words that has been overused to the point of abuse; or, rather, overused to the point of losing meaning, and this chapter presents a chance to rediscover it. So grab another cup of coffee, and let’s dive in to Hebrews, chapter 11.

F
Fr. Larry Richards of The Reason For Our Hope Foundation Podcast

11m ago11m ago
Subscribe
Unsubscribe
يوميا
Fr. Larry Richards is the founder and president of The Reason for our Hope Foundation, a non- profit organization dedicated to ”spreading the Good News” by educating others about Jesus Christ. His new homilies are posted each week.
H
Heritage Baptist Church, Johannesburg

2d ago2d ago
Subscribe
Unsubscribe
أسبوعيا+
Heritage Baptist Church exists by the grace of God and for the glory of God, which is the ultimate purpose of all our activities. We seek to glorify the God of Scripture by promoting His worship, edifying and equipping the saints, evangelizing the nations, planting and strengthening churches, calling other assemblies to biblical faithfulness and purity, encouraging biblical fellowship among believers and ministering to the needy, thus proclaiming and defending God’s perfect law and glorious ...
A
Alpha and Omega Christian Fellowship "Weekly Sermon"

9d ago1w ago
Subscribe
Unsubscribe
أسبوعيا+
Victory Fort Bonifacio is a church in Bonifacio Global City that exists to honor God and make disciples. It is a member of Victory Philippines and under Every Nation Churches and Ministries.
A
Aspire Church Manchester UK - Sermons

1d ago1d ago
Subscribe
Unsubscribe
شهريا+
Thank you for joining us for another great podcast today! Here you'll find many encouraging and challenging messages to help you build a life of significance! Keep coming back to listen to all the latest messages from Hillsong Church Africa. We would love for you to rate our podcast, subscribe, perhaps write a review and share the channel with all your friends to help us build a Church that Builds a nation and a continent.
I
Insight for Living Daily Broadcast

39m ago39m ago
Subscribe
Unsubscribe
يوميا
Join the millions who listen to the lively messages of Chuck Swindoll, a down-to-earth pastor who communicates God’s truth in understandable and practical terms—with a good dose of humor thrown in. Chuck’s messages help you apply the Bible to your own life.
T
Tony Evans' Sermons on Oneplace.com

1h ago1h ago
Subscribe
Unsubscribe
يوميا
The Urban Alternative is the national ministry of Dr. Tony Evans and is dedicated to restoring hope and transforming lives through the proclamation and application of the Word of God.
الاستماع إلى +500 موضوع